Jimmy is the National Youth Evangelism Officer for the Church of England. 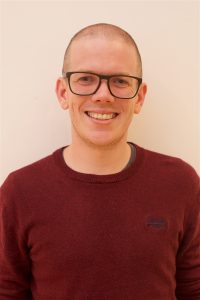 He responsible for promoting and resourcing youth evangelism across the country.

Jimmy is based in London and is married to Sarah. As well as being passionate about youth ministry and evangelism, he is a keen spurs fan, a running enthusiast, and a passionate advocate of Apple products

Dr Bev Botting was appointed Head of Research and Statistics for the Archbishops’ Council on 13 February 2012. She joined the Church of England’s research team from the National Centre for Social Research (NatCen), where she had been Survey Outreach Officer for two and a half years, heading a survey research training programme for postgraduates and early career researchers.

Prior to that, Dr Botting was for a long time a statistician at the Office for National Statistics, variously majoring on child health studies, advising on the use of data for medical research, and leading on financial national social surveys.

Bev is a highly experienced and enthusiastic senior research manager and statistician with extensive project and staff management skills. She provides expert advice on record linkage and use of large national databases and is a published author and editor with experience of TV and radio interviews.

Jonathan began his organising career as Coordinator for the Independent Asylum Commission, which culminated in a nationwide campaign to end the detention of children for immigration purposes.

Alongside UK-wide work on migration, he has built alliances in Wandsworth and most recently in Wales, where he now lives with his wife and two children.

Jonathan previously worked in Westminster as a Researcher to an MP and Government Minister, and then as Parliamentary Officer for a leading refugee charity.