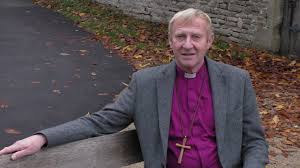 Bishop Peter’s love of the countryside translates into a strong interest in rural and environmental issues. This, alongside encouraging children and young people, and supporting the homeless and most vulnerable in society, forms what Bishop Peter describes as the “three threads” of his ministry. 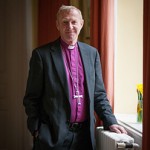 I was born in Kent, but my roots really lie in Hampshire. After a childhood on the Isle of Wight we moved to Fareham when I was 11. School days were happy and I am very grateful for the teachers who shaped and encouraged me through my early years. All three schools which I attended were church foundations and this early Christian influence is something which has shaped my future life.

I read Natural Sciences at Cambridge and there met Jane. Jane has recently retired as a teacher and we have celebrated 36 years of marriage. We have 4 children – two boys and two girls. They all work in London. Our eldest daughter worked as a tropical agriculturalist in Tanzania and Sierra Leone and now works as a Global Food Security Officer for Tearfund. Tearfund is one of the 13 charities that make up the Disaster Emergencies Committee. Our oldest son is an underwriter. Our other daughter is a physiotherapist at St George’s Hospital. Our youngest son read Mechanical Engineering at Oxford and now works for Atkins who are consultant engineers. We have one grand-daughter, Esme, aged 10 months and a golden retriever dog.After Cambridge I spent a year in Watford working with deprived and sometimes violent young people looking after a dormitory of boys, many of whom were in the care of social services.

I read theology at Oak Hill College, London then served two curacies at Christ Church, Portsdown and in Weymouth, followed by 12 years as Vicar of St Wilfrid, Cowplain. During this time I also became a Rural Dean of Havant and Honorary Canon of Portsmouth Cathedral. I was Archdeacon of the Meon in Portsmouth Diocese for 11 years and then Bishop of Basingstoke in Winchester Diocese for 4 years. I became the 79th Bishop of Bath and Wells in 2014 and we live in a moated palace in Wells, famed for its swans. The diocese was founded in 909 AD, comprises the County of Somerset and has 562 churches.

My hobbies and interests include watching sport both live and on television. I have enjoyed visits to Wimbledon, the Olympics and the Rugby World Cup in recent years. I support Southampton FC and follow Bath Rugby Club. I am occasionally spotted on a golf course, in a swimming pool or skiing. More often I am to be found walking the dog and enjoying the coast and countryside.I am concerned about environmental and Third World Issues. I have worked with young people and students in different ways and enjoy travel and holidays. Last summer Jane and I went to visit our five link dioceses in Zambia and next month we go to Iceland for a few days. This will be fascinating for me as I studied the geology of Iceland whilst at university.

Having lived near to the sea for most of my life I feel a bit ‘landlocked’ in Wells but the delights of the Mendips, Exmoor and the Quantocks provide beautiful places for us to walk. The Levels have largely recovered from the serious flooding which affected Somerset in 2014 but people remain anxious, especially in the current very wet weather which the UK is experiencing.